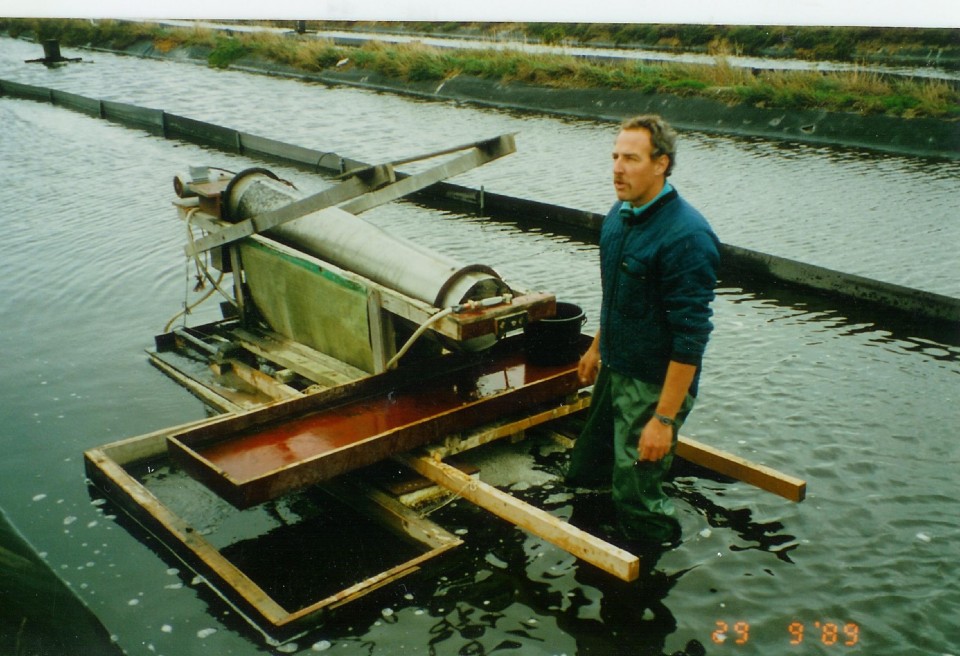 In 1983 the company Aquafarms was created and research into the farming
of Nereis virens was started. Two years later, 1985, a commercial, one
hectare, farm was built. Severe winters in 1985 and 1986 and consequent
high mortality took all the biological and technical creativity to survive. After
five years we started to understand how to work with the worm. The farming
system is based on the physical and behavioral needs of the worm. The
farming protocols are built around the worm, rather then forcing the worm in
an existing system. It evolves naturally and continuesly.The development is
predomminently ruled by trial and error and close observation of the worm’s
behavior.

After a joint-venture with Normandie Appats the farm Topsy Baits was built
on the present location in 1990. Topsy started with 14 ponds. It reached 94
ponds (17 hectares) after three expansion, following market demand.
Initially Topsy produced worms only for the sea anglers as bait. In 1999 Topsy was approached by Seahatch, a shrimp hatchery on Aruba for polychaetes as a maturation diet to replace the American bloodworm, Glycera dibranchiata. Due to over exploitation of the wild population prices of this polychaete soared, making it too expensive to use in hatcheries.